Our gate to Africa - Dakar in Senegal

Our travel continues and this time we enter completely new territory for us, because it goes to Africa. In the next four months we will be at the west and east coast as well as in the south of Africa. We will travel to a total of nine countries and we are already very excited about the new adventure. In this blog post you can read how we succeeded in entering the African continent in Senegal.

Also this time we will not only simply travel, but also work again on the way and deal with foreign working cultures. For our #modernworktour_africa we have chosen Dakar in Senegal as a very gentle and relaxed entry into the continent. Since 2015, EU citizens no longer need a visa for Senegal, which is why the entry worked without any problems. It was also very important to us that we had the opportunity to acclimatise in the country. Especially on the last tour we noticed how important it is to take care of yourself and take the time to do so. For this reason we also chose a special treat as our accommodation.

Our Rooftop Retreat at the Dakar Plateau 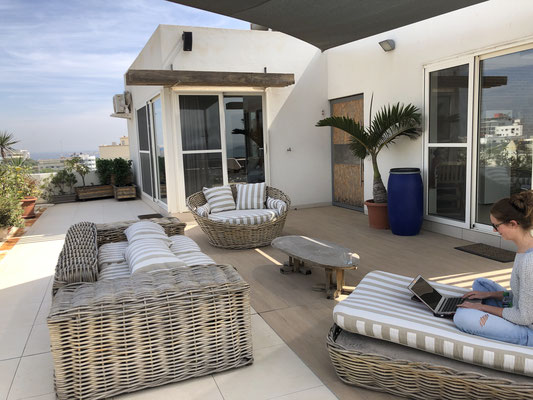 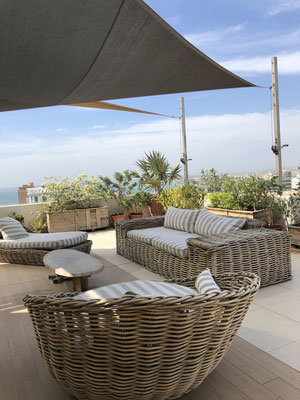 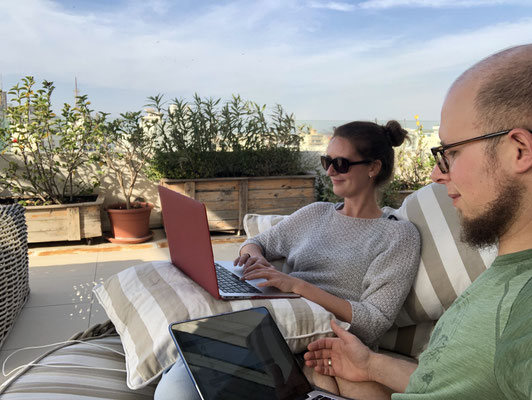 In December Senegal has on average zero rainy days, which is why an open-air living room with two large sun sails seemed very attractive to us. At that time, we did not consider that the Senegalese capital Dakar is located directly at the Atlantic Ocean and that the wind there can be quite strong. During the seven days we always had a cool breeze blowing around our noses, but we could still enjoy the Airbnb apartment very much and would go there again any time. 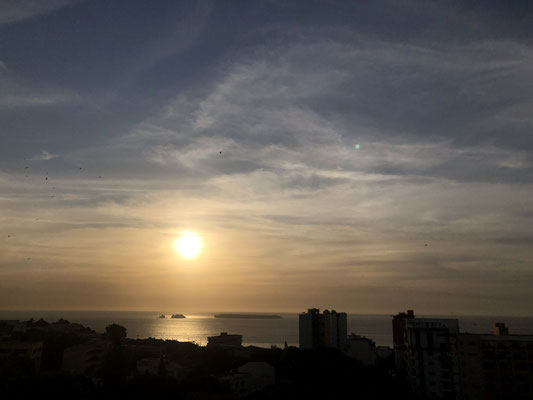 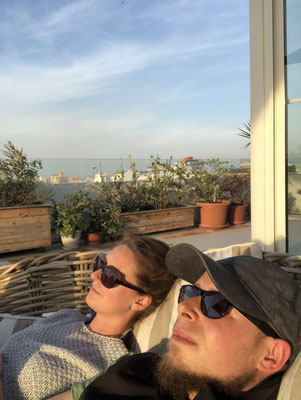 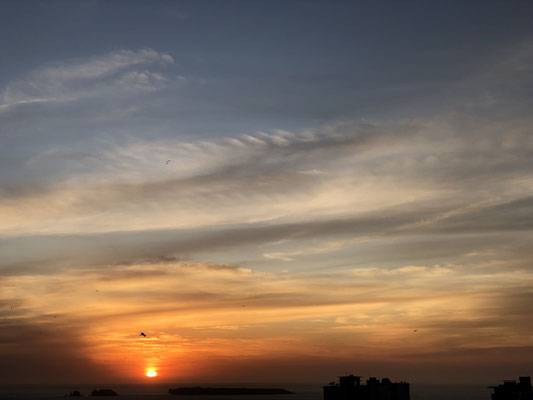 Why we liked the apartment so much depends on the following points: 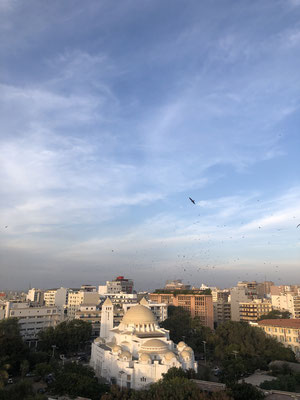 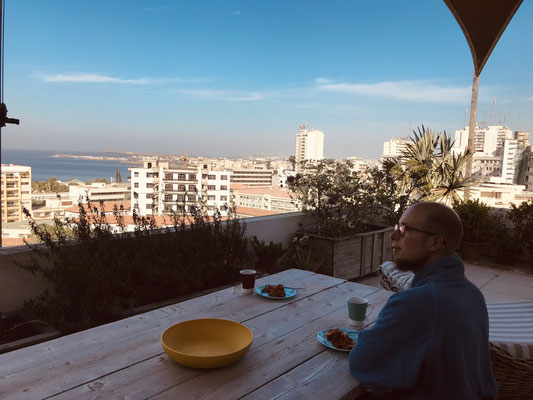 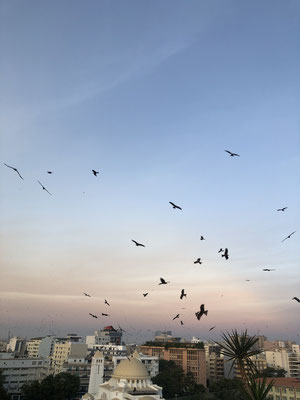 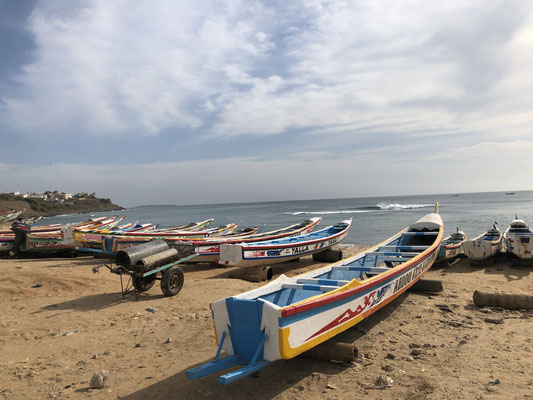 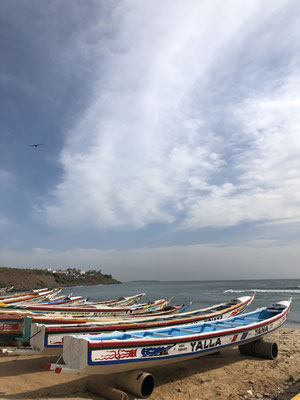 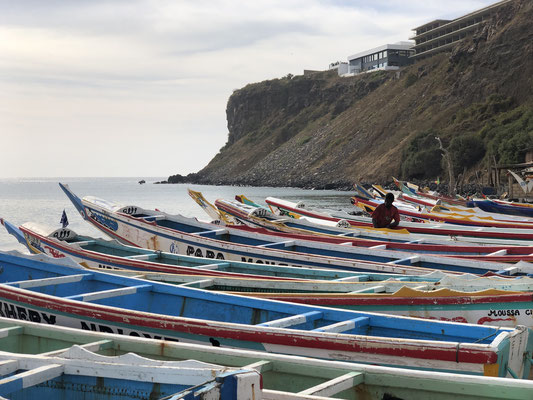 One of our first trips through Dakar led us to the Yoff district, where you can find the mosque de la Divinte and the monument of the African Renaissance, a 49 meter high bronze statue. This district seemed to us to be unagitated and inviting with its vegetable and fruit stalls. In the shade of the mosque there is an active fishing community, fishing in the traditional way with net, fishing rod and harpoon. Also located here is the Impact Hub Dakar, where people are brought together to set up support programs in the country. 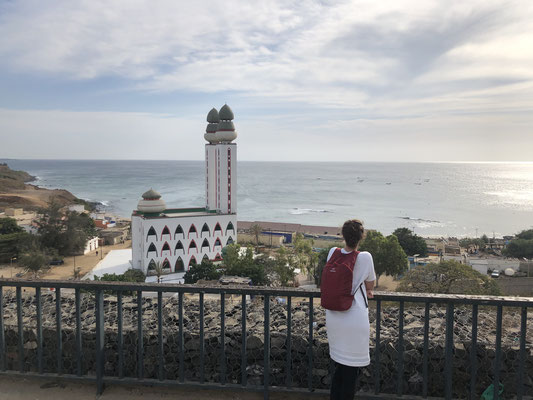 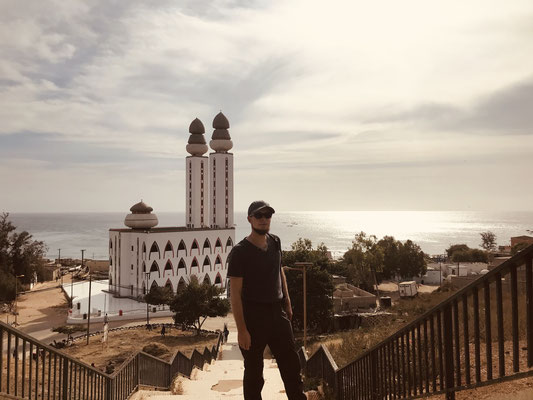 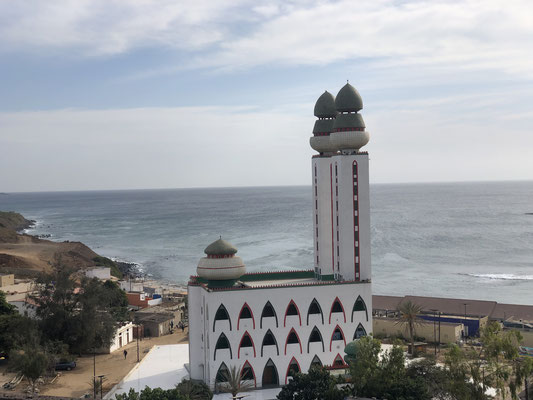 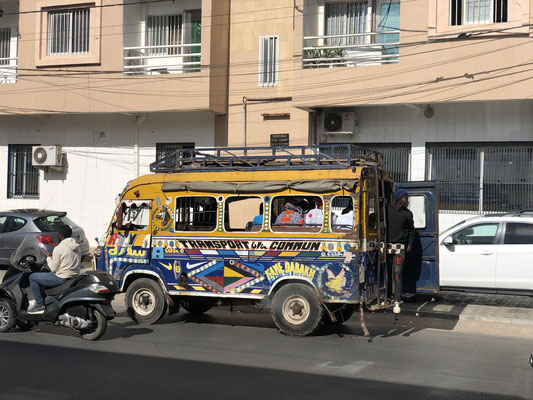 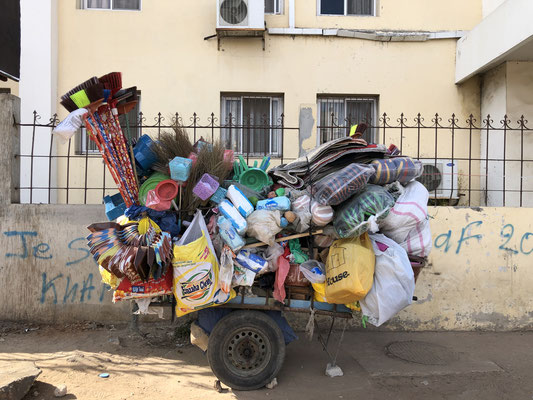 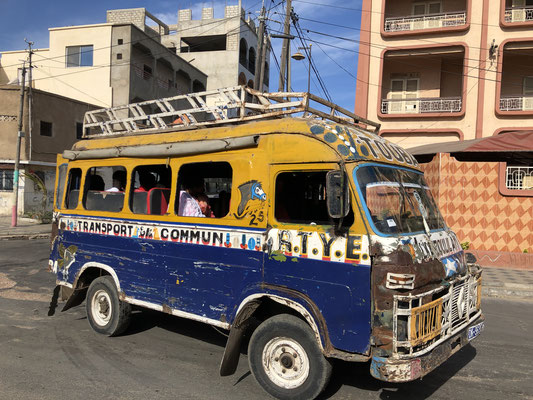 As the name of the quarter suggests, this is the old town of Dakar. It is a very interesting place because it is very busy. Depending on which side street you turn into, you will find upholstery, car repair shops, food stalls and cattle everywhere. As in the past, people live here with pets like cats and farm animals like goats or chickens in the middle of the city. 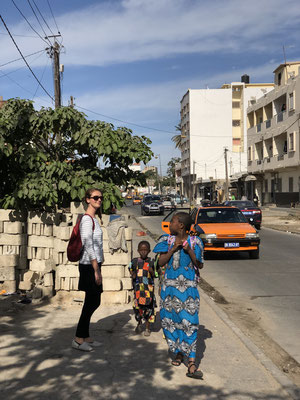 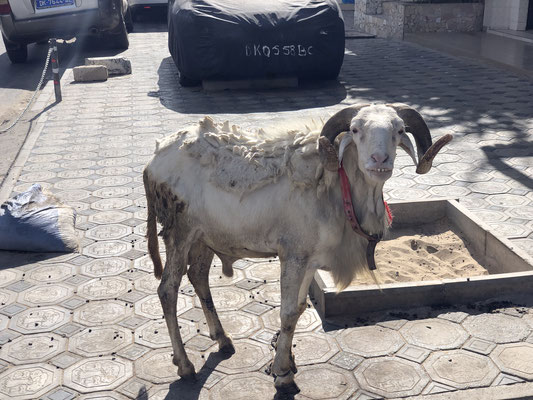 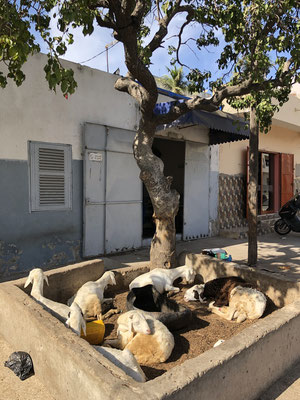 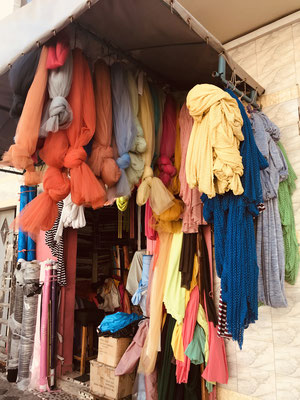 Of course, we also wanted to get into the African continent while eating and are reasonably satisfied with Dakar. It was already clear to us in advance that Africa is demanding for vegetarians and with a look at the menus this was also confirmed to us. What one should know when travelling in Senegal is that it is not so easy to find fresh vegetables and fruits. Only in big supermarkets you can find them and otherwise at the stalls that you have to find first. The cheese and wine selection in Dakar is quite good. 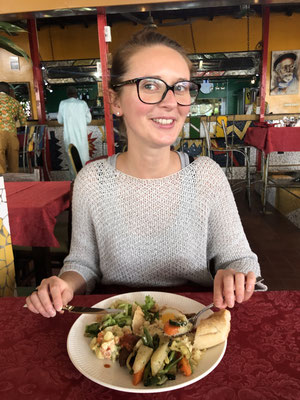 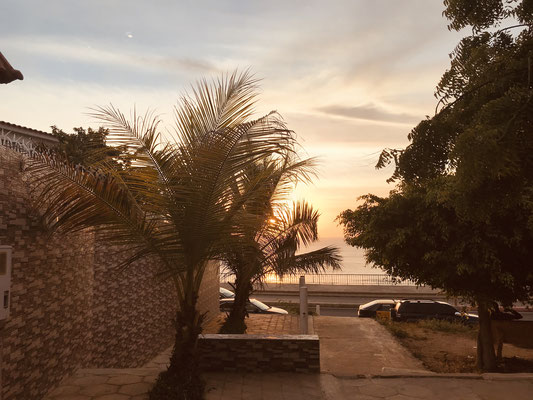 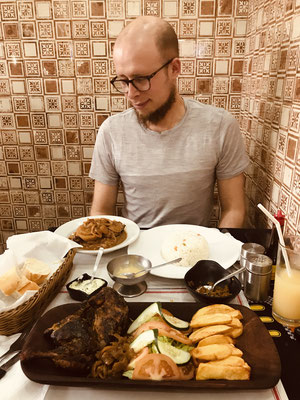 In each quarter we found a restaurant that seemed to us to be very cosy or tasty.

If you want to explore Africa we can highly recommend starting in Dakar. It is easy to come around with taxi, you have delicious food and the people are friendly. Speaking french makes life easier - similar to France, people often don’t speak English. 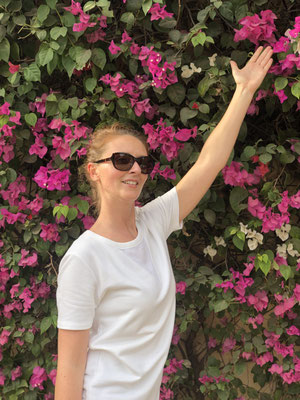 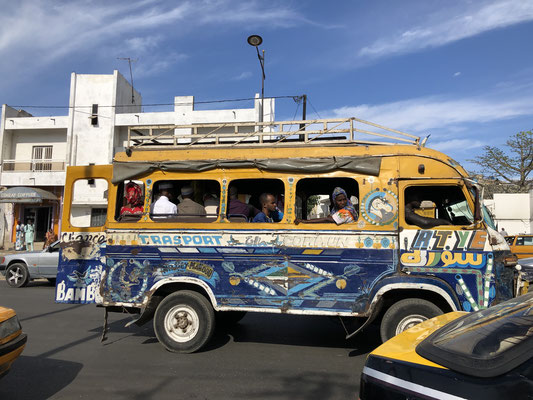 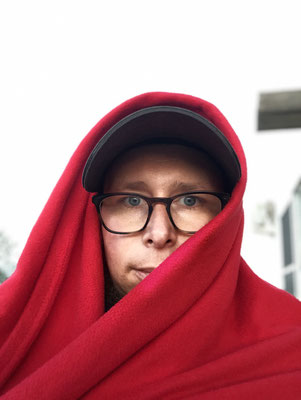