A staycation is normally something you do at home – vacation at home. Over the years we broadened the term. On travels you can live for a little while at one place and it becomes your “staycation”, before traveling on. So we decided again to have another travel-staycation, this time for around 10 days. One place, plenty of time to reflect, relax and a lot of work and writing. We decided to stay at the Trinity Rock Farm in Bulgaria, a really nice place for that.

You can also take a look at our blog post about Staycations. Maybe they inspire you to do something similar.

So we went to Sofia for a few days but did not really connect with the city. Probably, because it was time to go a bit slower and have more time being in the moment. Arriving by train after a really nice ride from Sofia through sublime landscapes, we already felt the different vibe. A countryside vibe. Cliff, the owner of the Trinity Rock Farm had time to pick us up which was wonderful because we were also able to buy groceries on the way – nice!

The Farm is located close to the E85 road but it is not noisy. Far more important – there is a river next to the large estate of 10.000 square meters. We lived these days in a small cottage. To be honest, the first impression was not so good. Not really clean, dusty, a bit smelly. But after cleaning a bit ourselves (because we knew we would enjoy that for the whole staycation) and bringing in fresh air and cooking smells it got better and better. The best thing that can happen to you here is when it is quiet and good weather. We had that for many days.

The people living here are all British. A mini British community. Lovely people, that’s for sure! We had nice talks with them, went shopping or got some eggs from the three chickens at the farm. There is also a duck (Mr. Donald former Mrs. Donald), a few cats and some dogs. You have many places to sit and relax (or work). My favorite was the hammock with direct view of the river. So peaceful, nice and beautiful! 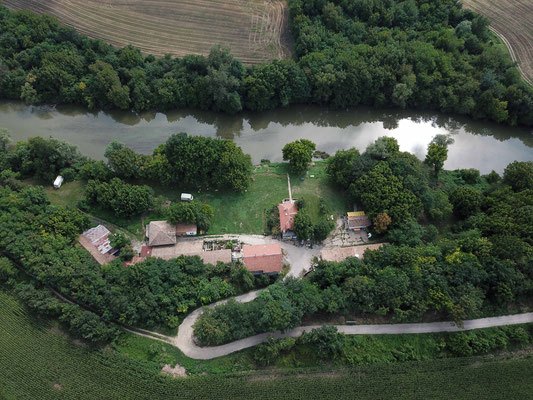 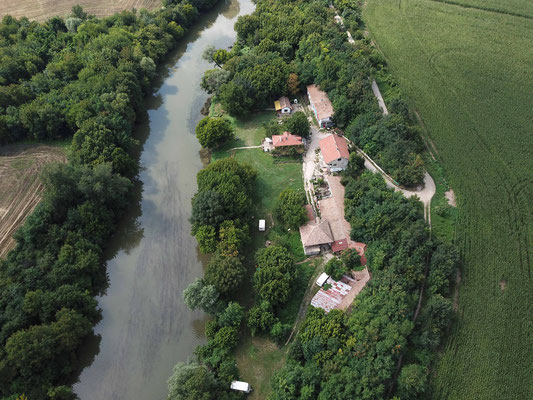 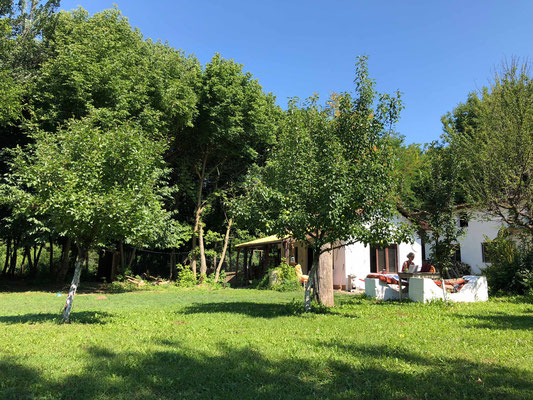 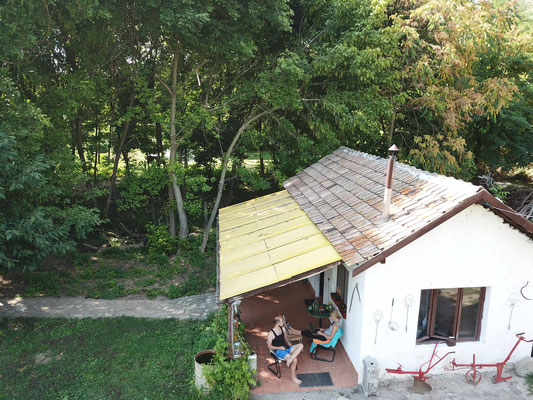 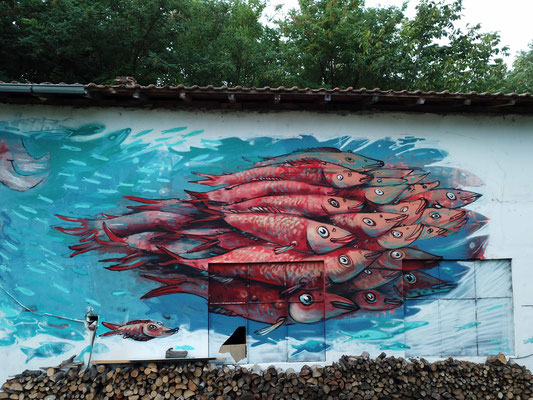 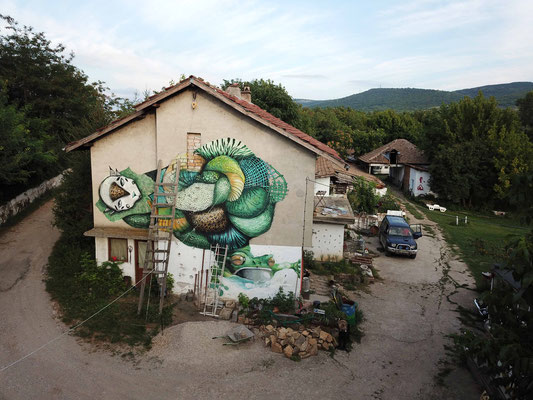 How we planned our travel staycation

We did know that we had some things to do. At the same time we really wanted (and needed) some relaxation as well. So the main idea was to work more in the morning and relax more in the afternoon. That worked out quite well. The mornings were often productive and combined with early yoga sessions and a fruit salad as a starter for the body and mind.

We finalized actually a lot, even though Anna got more things to do than expected. But so we also earned some money while being here.

We have a Trello Board, which is like a sticky notes board but just online. It helps us to keep the overview about our ‚To Yeah List’ (a list of things you want to do). So we put in all our topics we have planned while knowing that everything (almost everything) is a ‚can do’ and not a ‚must do’.

We planned our food shopping a bit in order to not miss something important. Basics like oil, salt or coffee. Plenty of fresh food and of course some snacks. We always add some highlights like an awesome cheese, a good white wine or some guilty pleasure chips.

Make sure you have either internet connection or possible next steps as options, so don’t need to stress out if the wifi doesn’t work. Here it worked during the day better than in the evenings. 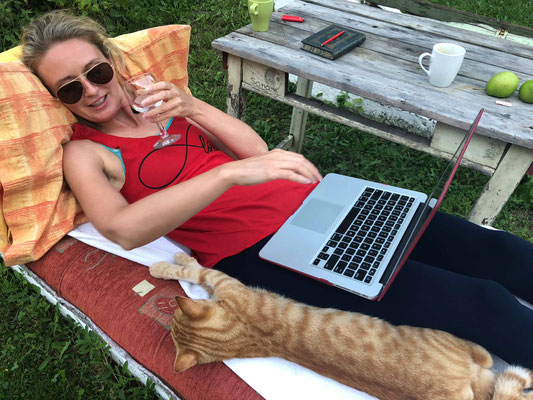 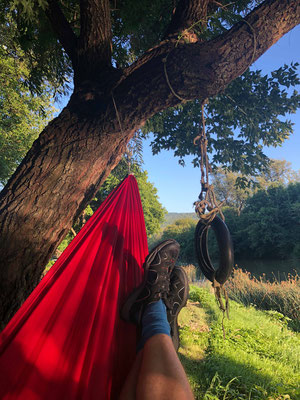 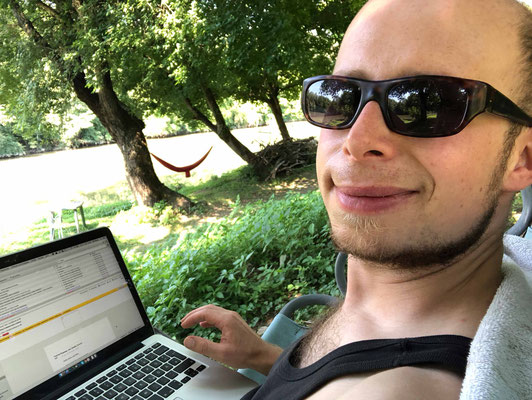 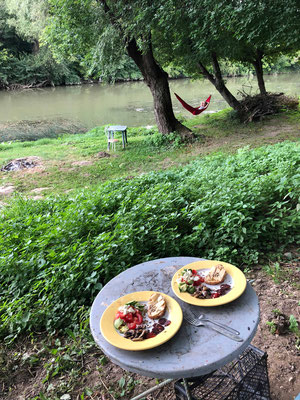 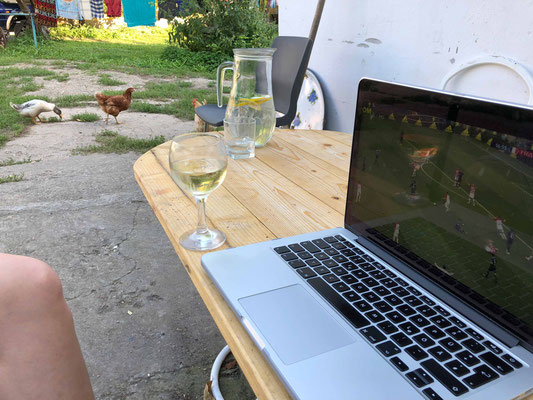 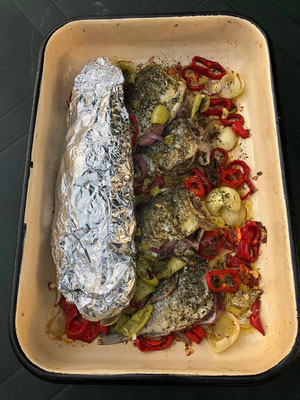 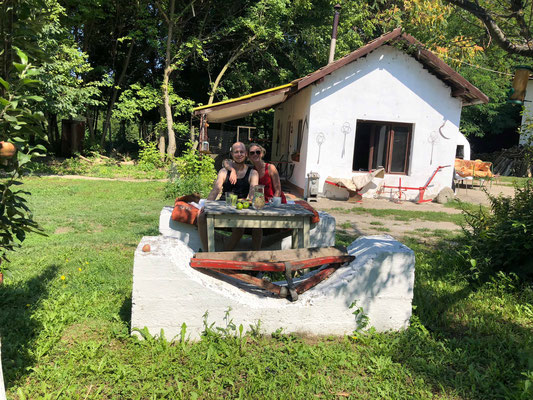 When you have time to reflect, it seems that you are traveling as well while leaning back and experiencing how you feel, how things went and what you would change doing, stop doing or start doing in the future. We love these celebrations of the Now. Here in our Travel-Staycation we did plenty of it. By ourselves but also together. When you travel long time it is all about the common balance and rhythm. And of course sometimes also about it’s up and downs. And sitting on a river which is floating really smooth and steady gives you a perfect metaphor for life. Always getting remembered about the book Siddhartha by Hermann Hesse. Rivers have magical potential for us. And that even without doing anything active. What a pleasure! 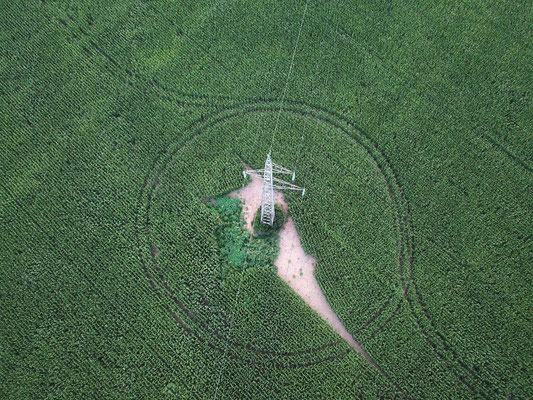 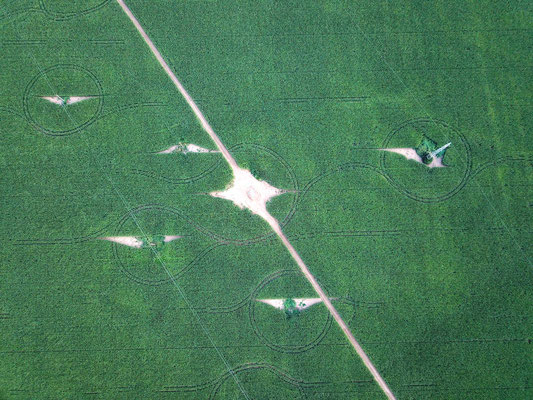 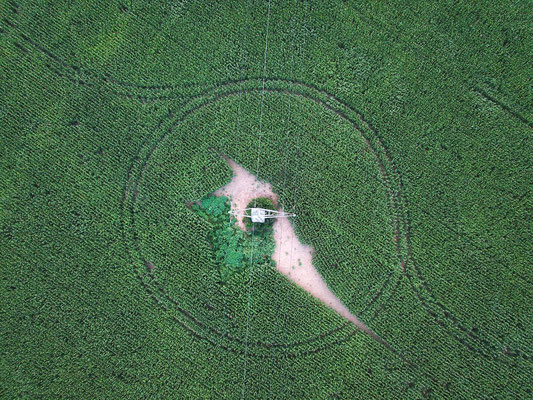 The quietness sometimes gets roughly disturbed when bigger groups come to the farm’s campsite. And some people sadly care more about their own lifestyle than about the surrounding and some got manners. Well, at least we connected through that even more with the local community. They were also pissed sometimes and sad that now that the season starts it will get more noisy. The upside of all this is that Cliff gets some money for the many things that need/can be done here. It is such a huge place (with 6 houses), so that it is hard to keep up with it. The good news is: Cliff and co always are supportive in finding a solution so that your staycation will be as good as possible. We were quite humbled about that!

Even though huge fields are not really a good thing because monocultures are bad in our point of view and more diverse and less mass produced food would be better, it is beautiful for the eye. In fact, it is really beautiful! A few minutes apart from the farm there is the biggest sunflower field we have ever seen. Till the horizon. So we went there two times (have the sun and the fields location in mind in order to get nice pics; in this case in the morning is best) and took some nice aerials and selfies. Do you like it? 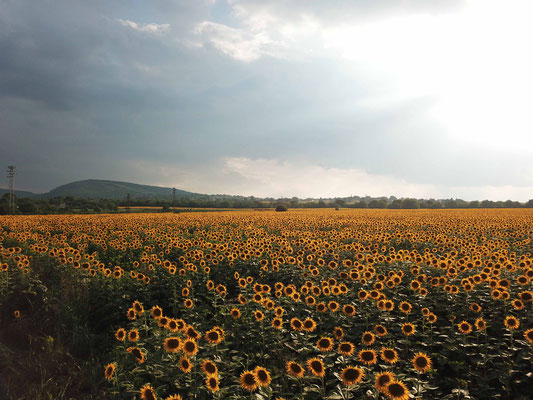 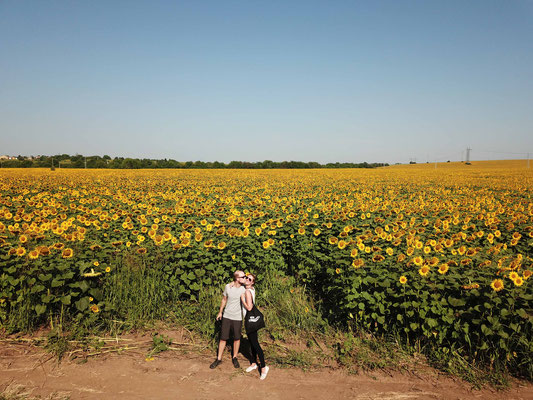 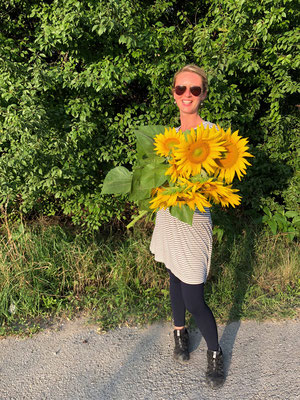 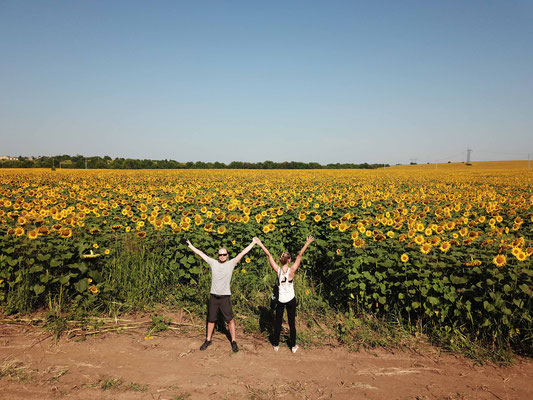 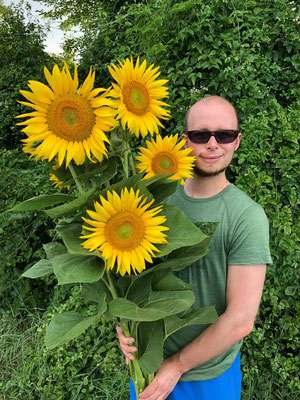 Nice things you can do here

Hiking – There are many nice hiking trails around this place. Also it can be worth going a bit further in the mountains and stay there for a night or two. We decided against it, also because we did not really had an impulse to leave this place too often.

Climbing – The Trinity Rock Farm is called after the Trinity Rocks in the surrounding. Cliff can tell you all about it. He climbs by himself and will give you some advice.

Weliko – Is actually the second largest city in Bulgaria where people most often go for studying. It is a pretty city, many young people and a good vibe. It is 20 minutes away from the farm.

Gorna – has a nice market each Friday with plenty of fresh food and a flea market on Sunday. And you can get everything else there as well because they have a huge Kaufland and other known shops. Jason who helps Cliff at the farm recommend the Chicken soup at the market. For him it’s the best.

The lovely people of the Trinity Rock Farm

Jason is living here as well. He helps out and keeps an eye on everything. You can knock on his door whenever you want, he will come out with a smile and ask how he can support you. Really friendly, really cool.

AJ lived here with Jason, she loves animals, is really a caretaker and I think she has a good sense of peoples state of being.

Jeffrey has a beautiful mind. Full of ideas, stories and Life Hacks. He has such a gentle smile and makes the best British Tea in the world. He can show you that but only if you behave and he likes you!

Jane is the daughter of Cliff and normally here during the summer. She is really friendly and nice, she is happy when she can join a yoga session. She is a keeper, that’s for sure.

Jules and Ross live for almost the full year on this farm as well. Both have lived in many places and are really cool and peaceful people. Practising yoga, meditation (also Ross is doing that while fishing). We had wonderful discussions with them about life, traveling and journeys. 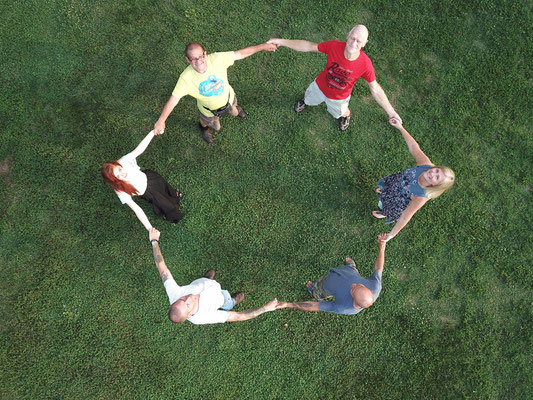 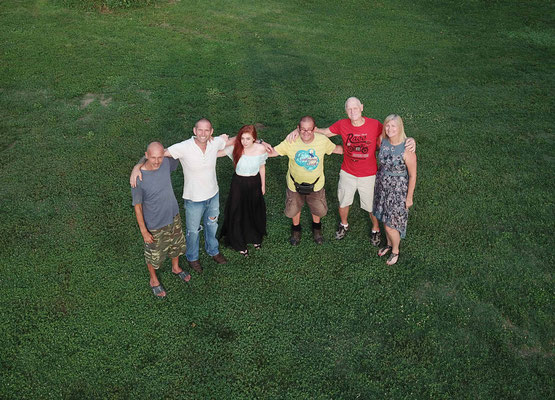 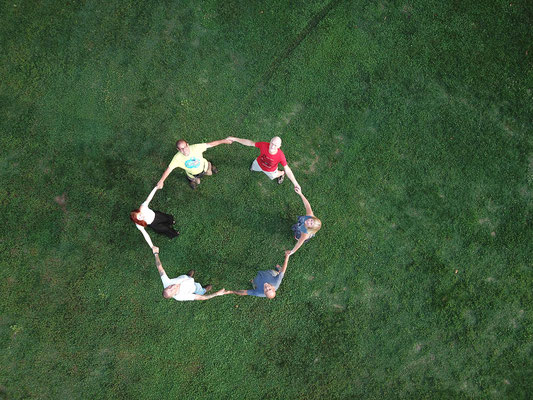 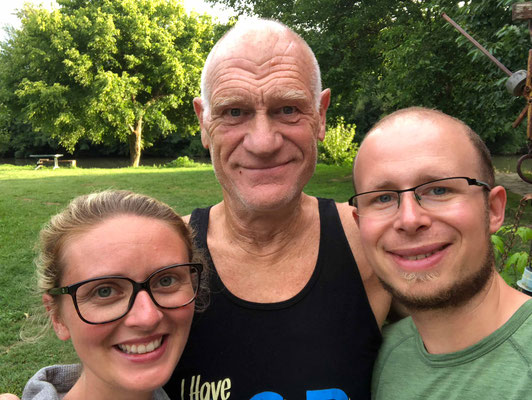 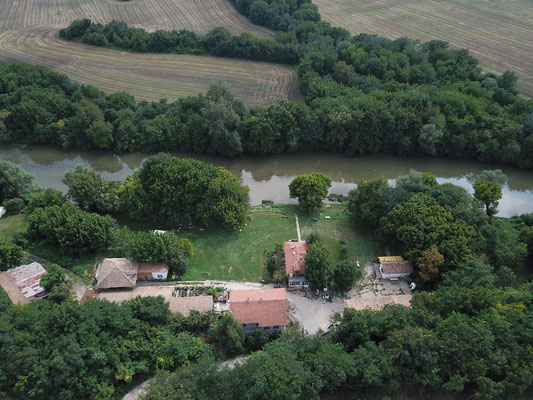 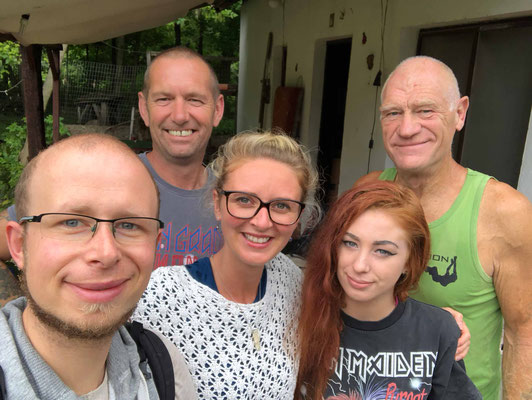 Our Travel Staycation in a nutshell

All in all we are really happy that we stayed here for that long. Our original plan was to be already in Kazakhstan at that time of year but we decided that plans are there as a guideline, not as a rule you have to follow. It was so nice having time for the little things. But also watching the river, cooking in our cottage, nice conversations and working.

Our tip is to come during the week because it is less noisy. Time goes by a bit slower here, even though it is running as often. Ten days were long but at the same time it was already almost over. We understand why people stay here for a few months. Because you can. Because it is a really nice place and you don’t need to spend too much money for it. So next time you need a little break, Trinity Rock Farm is awaiting you.

Varna and up in the air 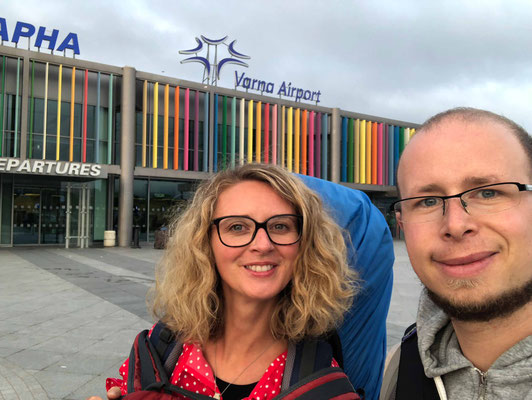